Tested some houdini sim for smoke

For this exercise, I've created a mesh in Houdini.
I simply created a fire simulation, converted it in vdb, converted the vdb in polygons and remeshed it to "save" some vertex. 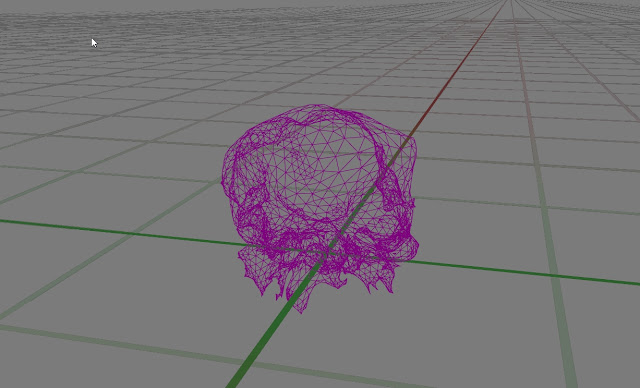 After that, I made a shader only using math to create the animation and dissolve effect

I started by creating a fluid simulation in Houdini.
For that i exported a part of my world from the engine and imported it in Houdini.

Just using a bunch of mesh to create my sim was not great so i decided to create a shell from all those meshes.

Here i am using a ray with a high density plane but converting all mesh to VDB then converting it back to poly could be a better solution.

I then used the particle data to calculate my velocity and other attribute for foam.

Once i calculated my velocity i pushed the value into the vertex.

And i made a  shader using the vertex color to control how the texture will flow.
I also added some vertex animation to get a better result.


Conclusion:
It works, that's great but the process is quite heavy.
Having information in the vertex means that Lods can create issues, also the mesh needs to have enough density to have the information. 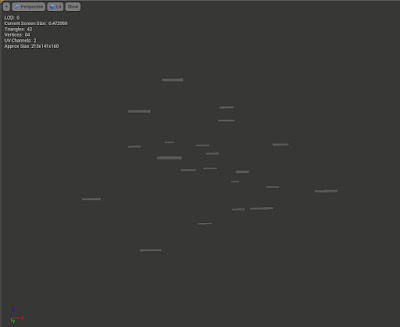 I am using a simple mesh with a few planes, i order to rotate the planes to look at the camera at all time i am using the Spline thicken function in unreal to get all the planes to be align with the camera.
I could have made cross mesh and made the shader a bit cheaper but the Spline thicken function allow me to change the length of the rain in the material. 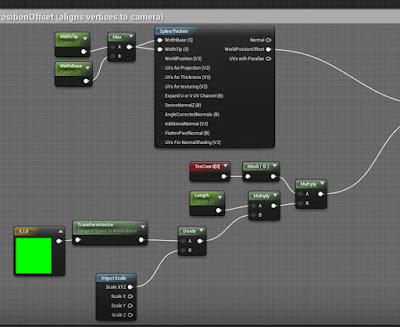 Then i used a the vertex animation to get the motion in local space. the solution was OK but i was lacking variation in the motion. so i decided to use vertex color to control the speed and time offset. 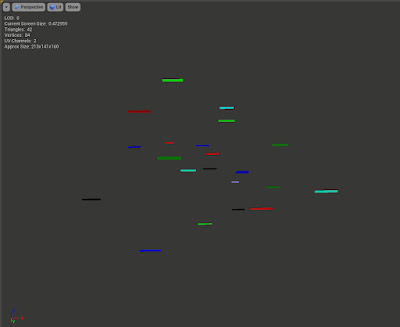 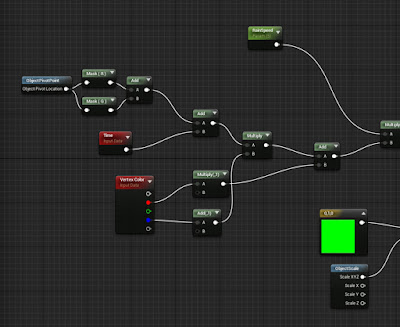 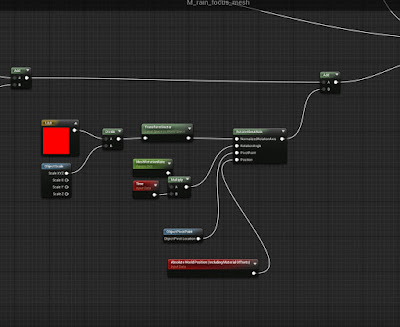 Here is a video with the result. I've added control over the speed, range of travel, length of the water, tint, etc..